Snakes, the elongated, legless members of the reptile family, come in many guises, but all are carnivorous, covered in overlapping scales, and contrary to popular belief, aren’t slimy in the slightest. Inhabiting almost every country, except the coldest, these diverse creatures, however much you hate them, are fascinating and actually really quite beautiful.

With jaws able to dislocate, allowing them to swallow prey much larger than their heads, snakes are perfectly adapted predators, with many using venom to subdue or kill their prey.
This venom is, in some instances, powerful enough to disable humans, or cause fatalities Other snake species will swallow live prey, or use constriction to crush their victims before devouring.
Being cold blooded, they require warmth to become active, and during the colder months will hide away, slowing their heart rate, remaining awake, but inactive.

Most of the almost 3000 species of snakes lay leathery, soft shelled eggs, abandoning them soon after laying, although a couple of species stay around until they hatch, and a few give birth to live young.

Can You Eat Snakes?

In some cultures snakes are seen as a delicacy, but generally we don’t eat snake meat. The exception are rattlesnakes, which are commonly cooked and enjoyed throughout Midwestern America.

What To Do If You Get Bitten

If a snake bites you, the important thing to remember is don’t panic (easier said than done), and never try to catch the snake, as it’s likely to result in more bites – contrary to popular belief, many snakes can still deliver venom in subsequent bites. However, do make a mental note of what the snake looked like, and especially whether it was a rattler, or a coral snake.

Even if you are showing no symptoms, get to a doctor, or hospital, as quickly as possible, and don’t try and suck or cut the venom out. This film trick doesn’t work and can result in further complications. Elevating the limb can slow things down, however getting medical intervention is the most important thing.

Anti-venoms are very effective if given in time, and not only are there general ones available, but more breed specific anti-toxins, and most medical facilities in North America carry supplies of both.

Bites from venomous snakes in North America are, fortunately, quite rare, with only 1000 – 2000 cases each year, and fatalities only result from a small fraction of these bites. 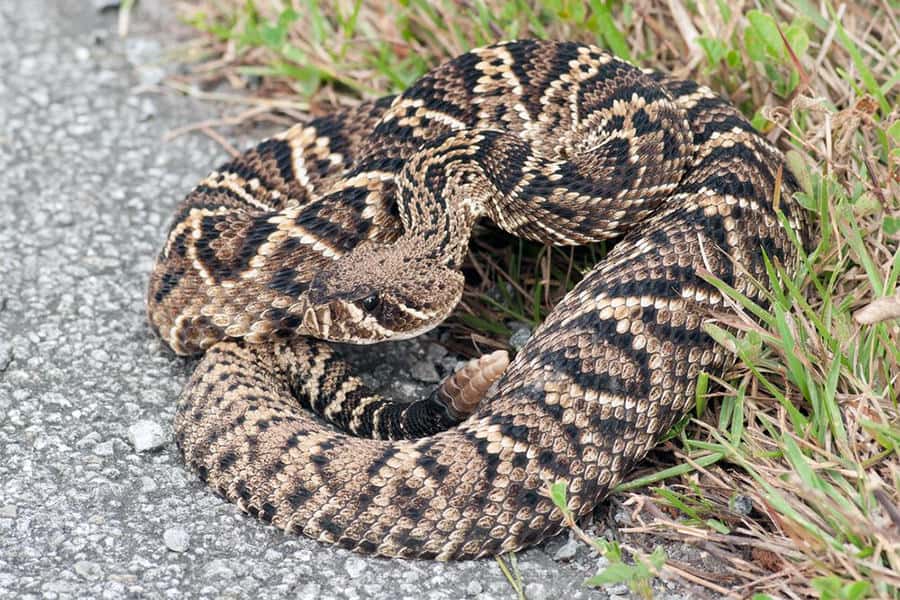 With a bite that’s fatal in over 20% of cases, this is the biggest snake in North America. Measuring a massive 8 feet, and weighing in excess of 35 pounds, it’s found mainly along the Florida coast, and the pine forests, mountains and dry march of southeastern US. Living on rabbits, its rattle can be heard from quite a distance, although it hunts in silence, and has a strike range of about a third of its length.

Slightly smaller, and lighter in color than its Eastern cousin, the Western Diamondback has a much larger range, stretching from Mexico, through California and up towards Canada. Considered to be one of the most aggressive snakes in America, the fatality rates of its bite rivals that of the Eastern species. 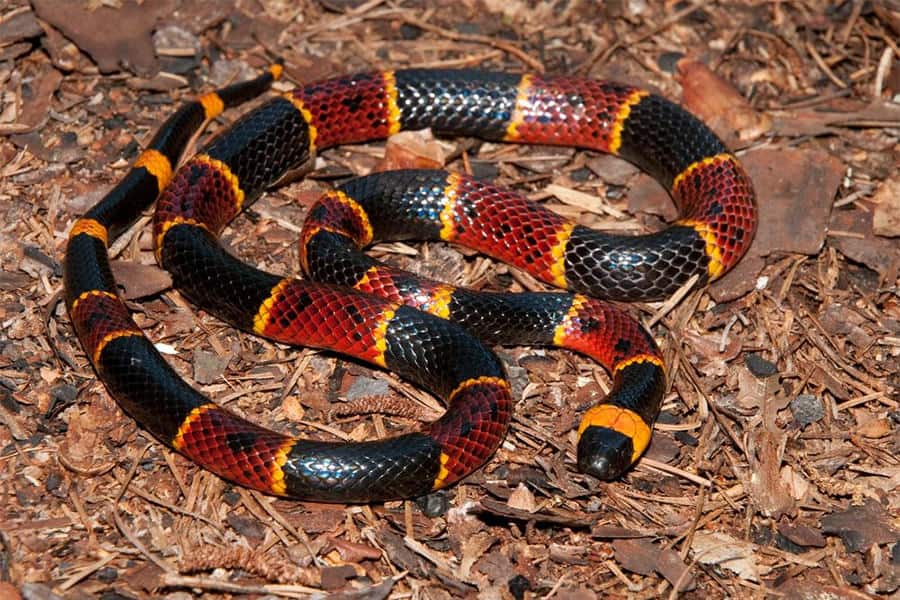 These two species are very similar, and have ranges that cover the southern states of North America. Their bites have a fatality rate of nearly 30%, with no effective anti-venom, luckily being nocturnal, they are rarely encountered. The Western snake prefers rocky desert areas, whereas the Eastern seeks out leafy forests. 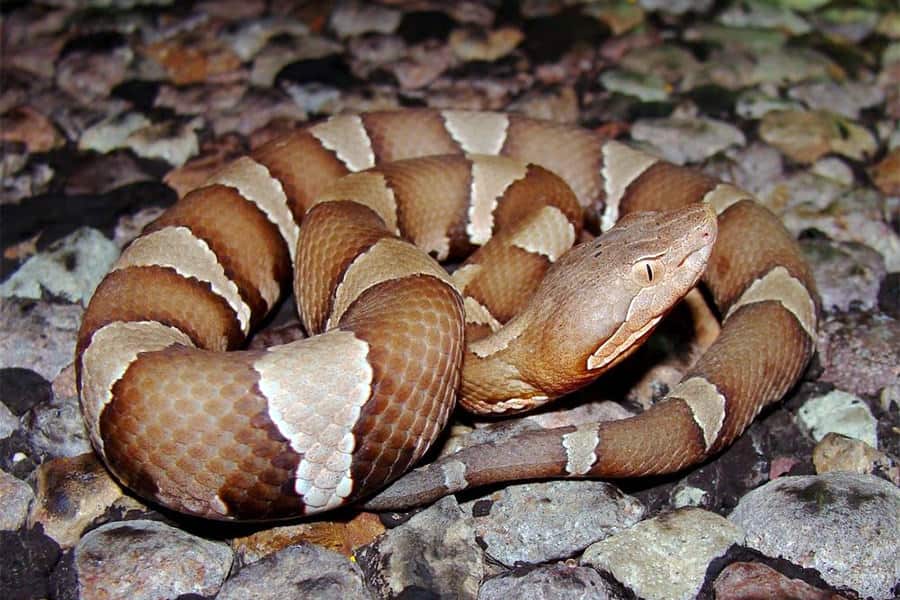 Found along the Eastern Seaboard, up to New York, and inland as far as Nebraska, copperheads rarely grow more than 48 inches, and are members of the pit viper family. Their venom, whilst painful, is rarely fatal, and they are thought of as being non-aggressive, unless threatened, when they have a habit of ‘freezing’. 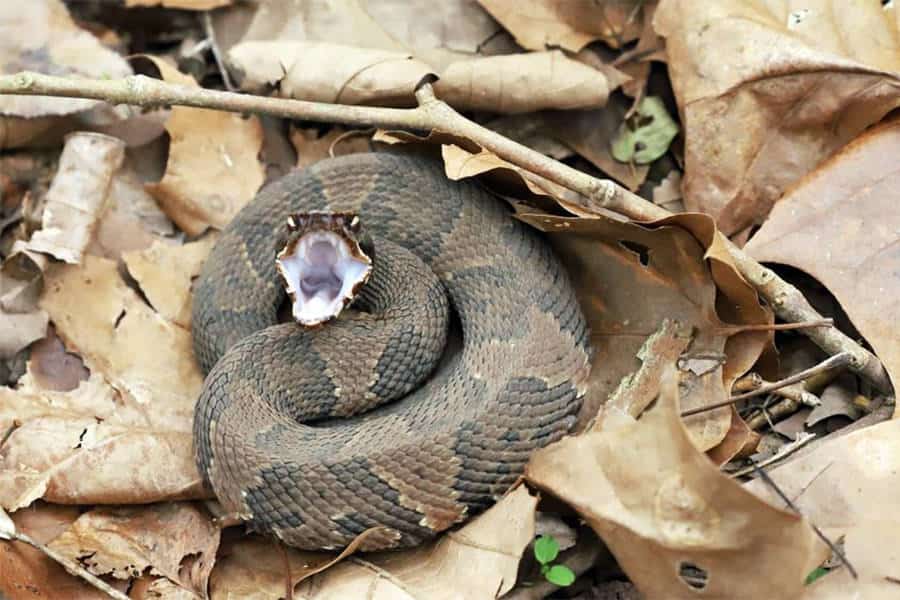 Closely related to the copperhead, the cottonmouth however, is a much more aggressive critter, with an extremely painful bite, although this is rarely fatal. Its name relates to the startling white interior of its mouth. Reaching reported length of 72 inches, the cottonmouth is much larger than the copperhead, and is semi-aquatic, favoring warm swamps and rivers along the east coast. 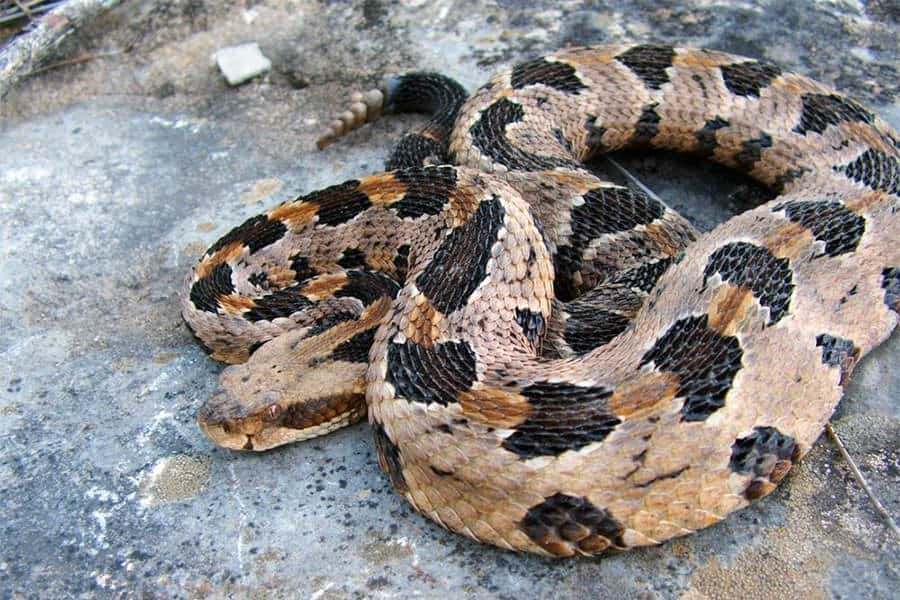 Growing to more than 5 feet in length, and weighing over 10 pounds, this is one of the deadliest snakes in North America. The timber rattle makes its home in the densely populated northeastern region, and its bite should be considered life threatening. Luckily, they appear reluctant to bite, and announce their presence with a loud rattle. 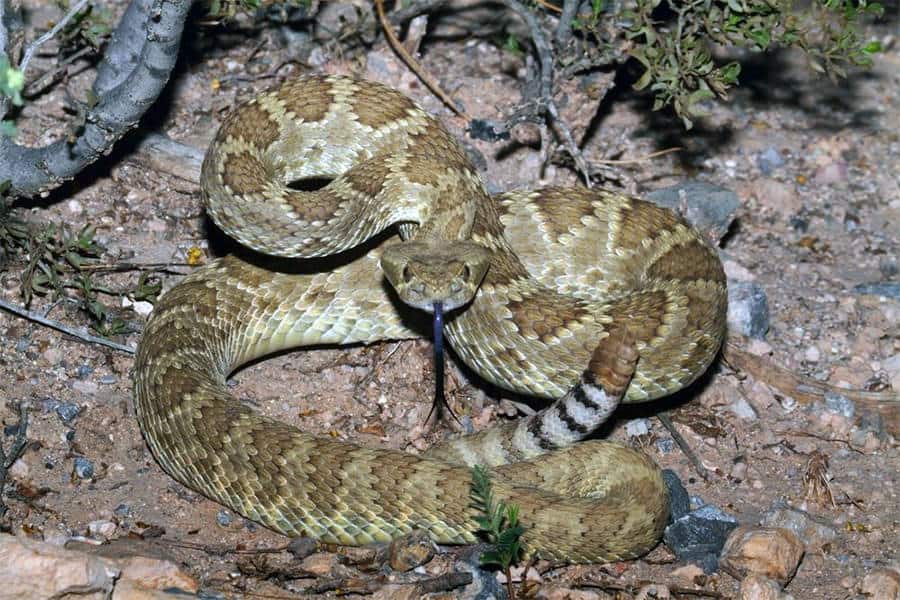 The most toxic and aggressive snake in North America, the Mojave rattlesnake inhabits open areas with sparse vegetation, in the southern regions of California, Arizona, New Mexico and Texas. Growing up to 4 feet long, they live on a diet of small mammals and lizards, and once bitten, will track their prey until death occurs.
For humans, a bite, although initially seeming pretty harmless, within 24 hours can produce catastrophic results.

Commonly found in Ontario, Michigan, Colorado and down into Mexico, the Massasauga rattle, also known as the black rattlesnake, rarely exceeds 24 inches in length, making it one of the smaller venomous snakes in North America. It prefers marshy grasslands, where it hunts small rodents, frogs and lizards.

Untreated, a bite can be fatal, but with effective anti-venoms readily available, no fatalities have been reported in those who seek treatment.

While these snakes are not venomous, they can kill by constriction, and although unlikely to be fatal, due to the speed with which they start to constrict, they should still be avoided. 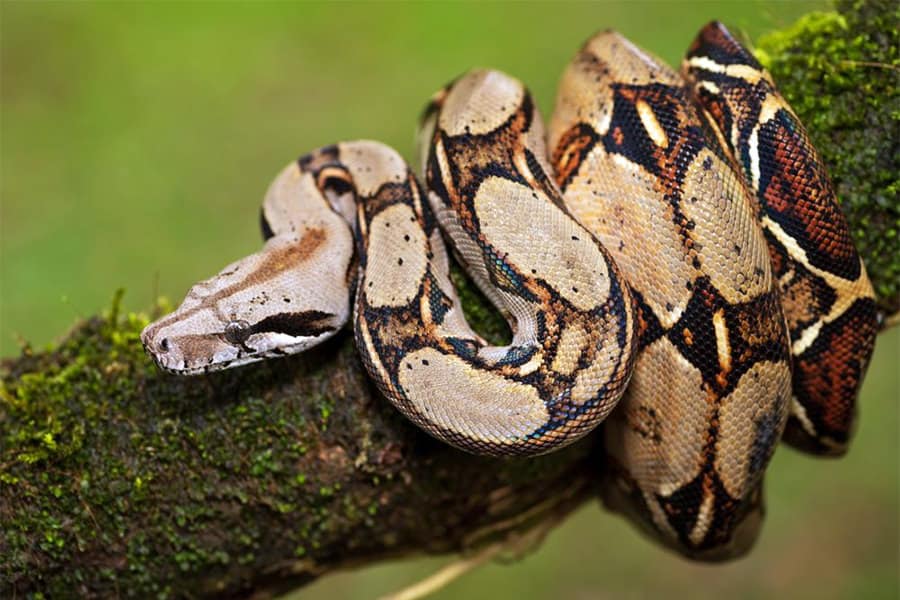 With an average length of 13 feet, this giant beast favors the south eastern states, preferring wooded areas, especially if they are damp and warm. 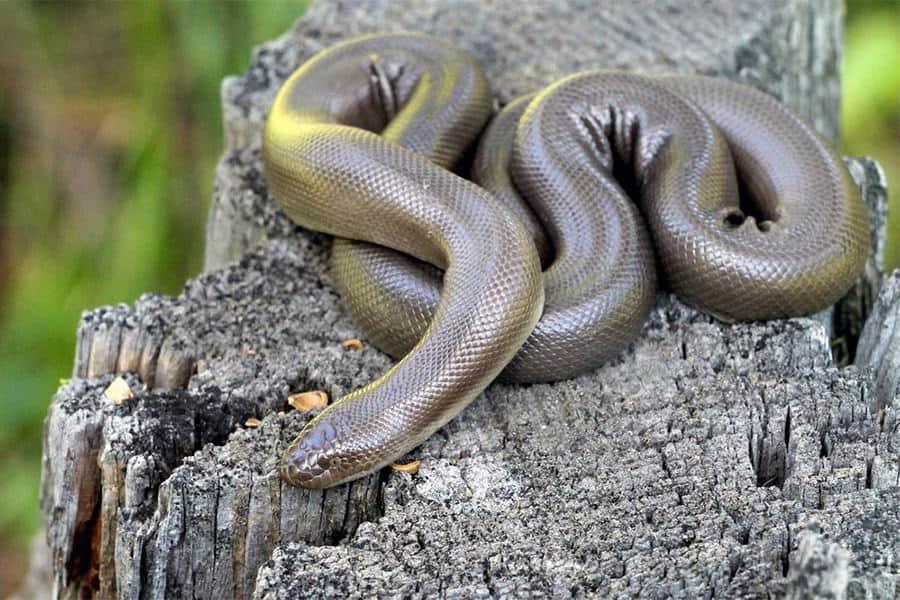 So called because its body resembles rubber, this boa can grow to an average of 3 feet, and can be found across most of North America. In color, it can range from pale yellow, through to a slick looking black.

This video could save your life!

Our Top Tips on Preserving Food in Survival Situations

How To Open A Coconut? Survival Life Hacks

Do you agree with Survival Marketplace's use of cookies?AgreePrivacy Policy